Most establish illustrators can be identified with a distinctive art style.
How do they arrive with a style? What and why a style? How an experimental approach relates to a style?
These are the questions have been puzzling me.

So, What Is Experimental Art?
As indicated by A D Jameson in his blog, “One typically hears unusual art called three different things, often interchangeably with Innovative, Avant-Garde and Experimental.”

My learning journey begins with a list of inspiring quotes on experimentation.

“There are three principal means of acquiring knowledge… observation of nature, reflection, and experimentation. Observation collects facts; reflection combines them; experimentation verifies the result of that combination.” – Denis Diderot

“The true method of knowledge is an experiment.” — William Blake

“Only those who attempt the absurd will achieve the impossible.” — M. C. Escher

Along with this finding, I came across many blogs posted interesting information and provided a lot of perspective into ‘What Is Experimental Art’ in exploring different ideologies and artists. In order to have a better understanding, I was Looking Back To Look Forward: Illustration Styles Of The Past 30 Years, by Terry Hemphill, where I see a reason and purpose to have an individual style to build an identity, in order to be recognized and discovered.

The unique illustration style of Stuart McReath, who has won numerous awards from the Association of Illustrators, The Los Angeles Society of Illustrators and D&AD with his surreal arts. He said: “I have developed my style using both traditional and digital techniques. I try to use mixed media whenever I can and recently have been using a variety of screen-printing techniques. This experimental process can help to keep the process fresh and visually stimulating.” 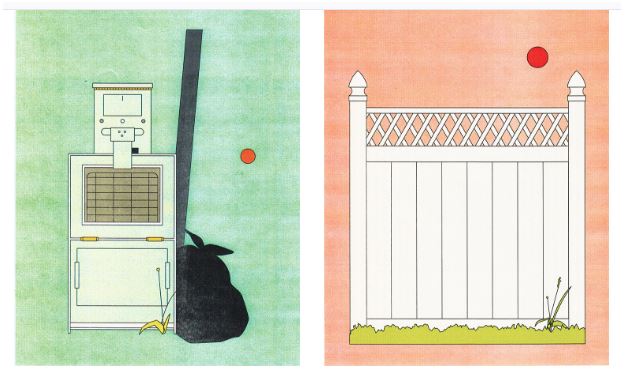 George Wylesol was featured the illustrator by Its Nice That in August 2016, who has developed his approach further and paying attention to finding imagery around him. He said: “My drawing, in general, has gotten a lot simpler and quieter as well. I’m always tweaking my process, so I’m currently experimenting with bringing more hand-drawing back into my work,”

V&A recently just announces shortlist for its Illustration Awards 2018, where I see most winner has a distinguished style that speaks for themselves, which added lots of value and weight in the contents. A style that delivers a feeling, mood and situation which arouse audience and allowed them to wonder. In the process of experimentation, it makes room for an artist to free themselves to explore a line, texture, color, shape, and composition that capture attention. Many practitioners utilize digital technology as an essential part of the creative, presentation of their artistic expression during the process.

Next, by looking into Bilyana’s Insights on How Illustration became what it is today… I am pretty much agreed with what she indicated in her post, she said: “Illustrators gained more freedom and their creativity and originality were now more valued than their technical skills and ability to draw realistically. That also explains the majority of styles in illustrations that appeared. But before moving to the most common illustrations styles.”
Many illustrators continued in searching a personal drawing style to create an identity and to draw attention. Mostly freely experimenting, be it with traditional drawing tools, medium, drawing materials, technique or digital tools as a part of a process in searching personal voice and soul, with the help of technology and social media. 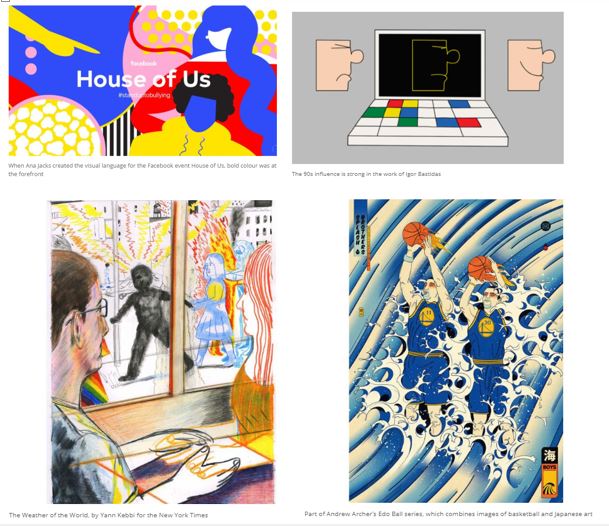 Digital technology is a celebration of the culture of art and design, the platform created a wide range of artistic production from visual production, animation, interactive projects, web, film, graphic art, design and many others. This allowed a style to continue to develop and evolved among passionate practitioners. What is really matter is the artist’s intention, the message that speaks for all. Somehow, a drawing style plays an important role to determine its effectiveness of an illustration.